The Baltimore Radio ATV Society and the adult crew from the Arrowhead district hosted another successful Jamboree on the Air / Jamboree on the Internet, introducing over 140 Scouts to both amateur radio and Scouts in from other states, countries, and cultures aboard the Nuclear Ship Savannah in Baltimore Harbor.

The Nuclear Ship Savannah was conceived in the '50s by President Eisenhower as a peaceful demonstration of nuclear power. Defueled in the '70s, she's been berthed in Baltimore since 2008 awaiting formal decommissioning of her deactivated nuclear reactor. 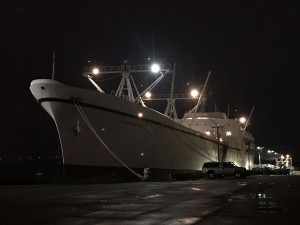 We ran two stations, one on each side of the promenade, using a long wire antenna spread between the ship's masts and a Low Band Systems quadplexer with filters for 20 and 40. 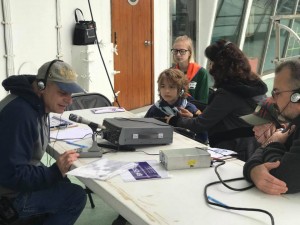 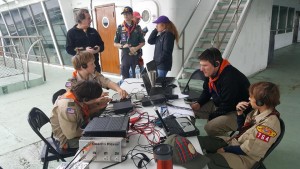 On the Jamboree on the Internet side, Scouts made contact worldwide through Skype and ScoutLink. Here's our "Internet" room, with three Skype stations with projectors and various chat stations: 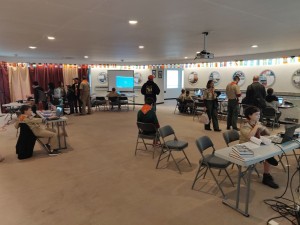 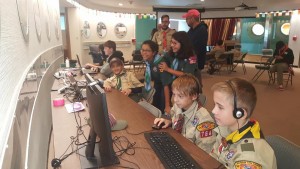 And the World Map after our Scouts finished tearing up the globe! 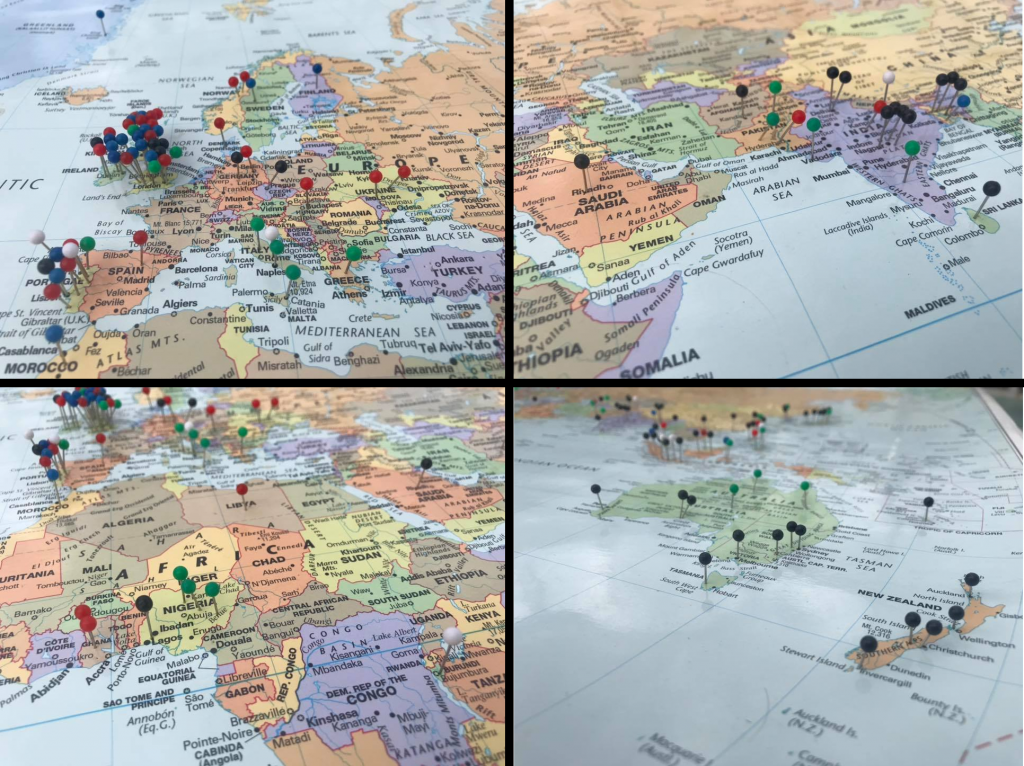 The BRATS would like to thank Steve KA3ZMN, Ed "Lizard" N3GXH, Shane K2GZL, Brad K5KNK, Brent K2AGR, Oryx K0Ryx, Cameron KW0TTR, and Jim KB3SKN for their efforts in turning the NS Savannah into a floating scout camp for the weekend, and a special thanks to Chris Gutberlet, our primary contact on the Scout side and the person responsible for pulling us all together, for finally getting on the air!