On Saturday, October 19th, the BRATS and the Arrowhead district of the Baltimore Area Council/Boy Scouts of America worked to introduce over 50 Scouts and their families Amateur Radio. There were smiles all around from the Scouts, their parents, and the volunteers as demonstrations were held on VHF, fox hunting, and HF communications.

The BRATS made over 60 contacts in 26 states and 8 countries, with several QSOs lasting nearly an hour. The Scouts had plenty of opportunities to talk to other current and former Scouts across the country and across the planet. 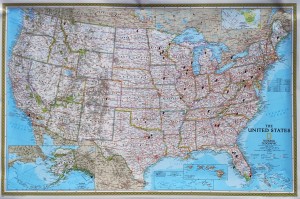 These pins represent radio contacts made during the Jamboree. The world map includes both radio and Internet contacts. 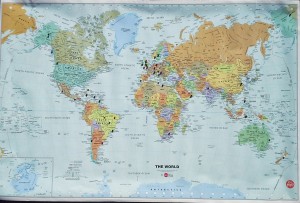 The BRATS set up 5 Jamboree on the Internet workstations inside K0RYX's HQ truck, a 50' tower trailer, 30' self supporting tower on the other side, and three HF stations under tents. 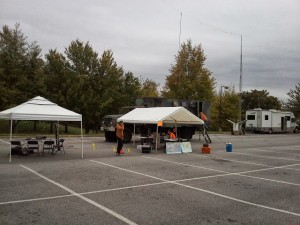 The BRATS 2013 Jamboree on the Air facilities

A special thanks to Chris Gutberlet of Pack 307 for spearheading the event, K0RYX for his assistance in planning and working with the Scouts, and his vehicle, N3GXH for his time, RV command post, and generator, and WA3AER, K9FXY, K2AGR, and K2GZL for their work with the Scouts ensuring we had a successful event.